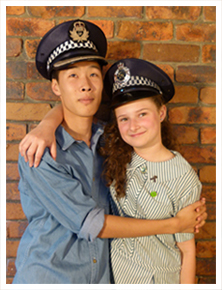 The Queensland Police Legacy Scheme is a charity registered with both the federal ACNC and Queensland Office of Fair Trading. It is an incorporated entity with Letters Patent being issued in 1972 under the Religious Educational and Charitable Institutions Act 1861-1967.

Queensland Police Legacy was founded in 1971 with the aims and objectives of providing ongoing assistance to the eligible dependent families of deceased Queensland Police Officers. The primary focus of this assistance has always been on ensuring that the dependent children of those families receive the education their parents intended for them, that they deserve and that they may have been deprived of due to circumstance.

Over the past 51 years the Scheme has provided assistance to 266 families and 479 dependent legatee children.

All donations of $2 and over are Tax Deductible