On Sunday the 18th of September 2016, 70 people from 27 Queensland Police families descended on Queensland’s Sunshine Coast for this year’s Queensland Police Legacy Family Holiday.  A new venue was used this year which turned out to be the perfect holiday location for everyone – water park and adventure zone for the preteens, beach for the teenagers, shopping and chilling out for the parents!  Whilst providing time for the families to relax and spend some quality time together and with each other, the week was also jam packed with group events and activities. 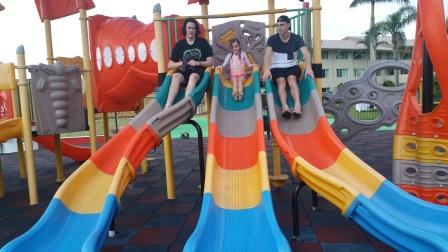 After check-in Sunday afternoon, dinner that evening was the opportunity for all families to acquaint and reacquaint with each other.  This is an extremely important part of the holiday enabling catching up with old friends and the forming of new bonds.  Of great importance was the opportunity the evening provided for the two new families on their first Police Legacy holiday to form those same supportive friendships and connections.  It has been said more than once that Queensland Police Legatees are like cousins….they might not see each other very often but when they do the link is instantly rekindled. 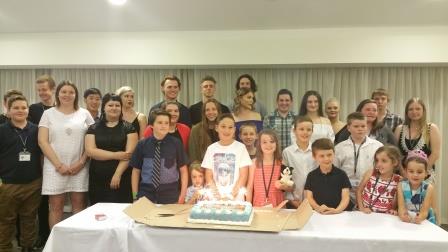 The Monday afternoon saw the traditional adults v kids cricket match.  The match has been conducted for the last 37 years with the adults scoring, umpiring and, coincidentally, winning by one run on every occasion.  The move to a new holiday venue saw the traditional beach wicket changed to grass.  The match was a see sawing affair filled with laughs, minor injuries (to the adults mainly), dropped catches, 6 and outs, a mid pitch collision between two of the adults involving a plastic but very hard cricket bat and a classic catch by one of the kids that will long be remembered.  The ball was in the air for what seemed like forever. Whilst waiting for it to come down the young man took the opportunity to perform a triple somersault with a half pike into a one-inch mud puddle. He pulled out of the dive early, took the catch one handed at full stretch and scored straight tens from a panel of international judges (AKA adults).  The match was so close to call that the result was withheld for days pending an independent audit. 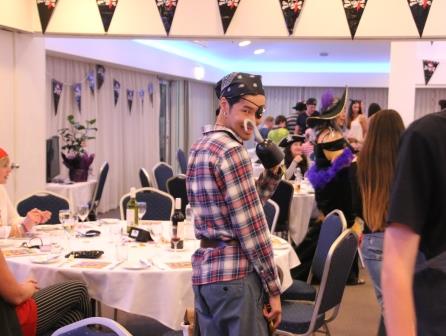 Tuesday saw the traditional dress up night arrive, providing everyone with the opportunity to ‘frock up’ and be waited on at a plated dinner.  After dinner, karaoke was on the menu and a great night was had by all.  Complaints by the kids of “I don’t know any Abba songs” were quickly drowned out by comments from the parents of “Who is Tay Tay?”  In the wrap up, golden oldies and new stuff received equal airplay.  What wasn’t equal was the talent range in the singing department.  That, however, is a story for another time. 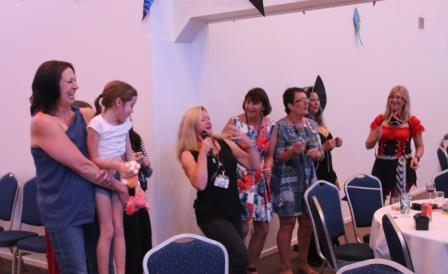 On Wednesday the results of the Parents v Kids cricket match were publicly announced to all.  History had been made.  For the first time ever the kids team had won…..coincidently by one run!!  The entire kid’s team broke into immediate and rapturous cheering, with 19 year olds carrying 3 year olds on shoulders whilst dancing.  The parents were shattered.  Whilst identification of the cause was varied, ranging from the captains fault to poor scoring to even poorer cheating, all parents single-mindedly pledged one thing.  It would be another 37 years before the kids would win again! 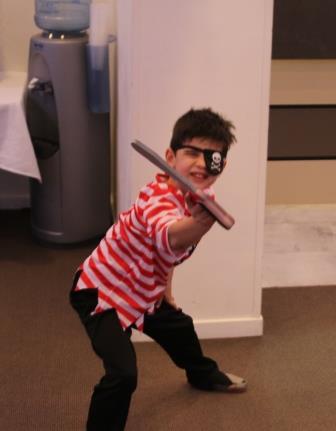 A new event was introduced to the Family Holiday this year – theme night.  The inaugural night was held on the Thursday night – pirate night!  The room was expertly decorated complete with a ships plank surrounded by a make believe ocean and schools of circling sharks for those who misbehaved.  Foam parrots and Jolly Rogers decked the walls.  And then the pirates started to arrive.  Everyone got into the mood with costumes varying from the humble eyepatch to getups that would make Captain Jack Sparrow jealous.  Some costumes were so good that identification of the wearer could only be conducted by using a process of elimination! 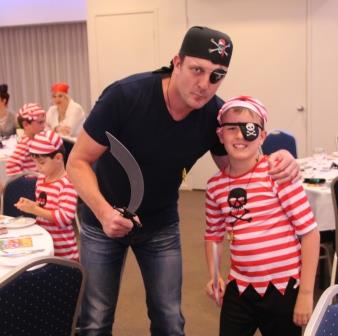 Friday saw a relaxing day for most, many by now starting to wilt from too much activity.  The Friday night seafood buffet soon boosted most flagging spirits however.  The following morning was time for everyone to say goodbye.  Yet another Queensland Police Legacy Family Holiday had come to an end.  Friends old and new waved goodbye and hugged, sad that the holiday was over.  Of course they only have 11 months to wait until it will all start again! 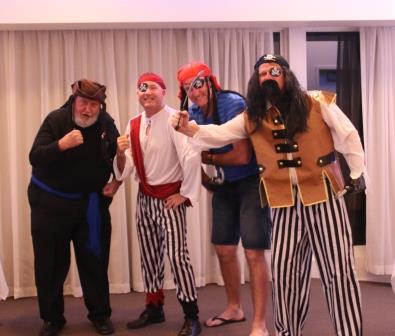