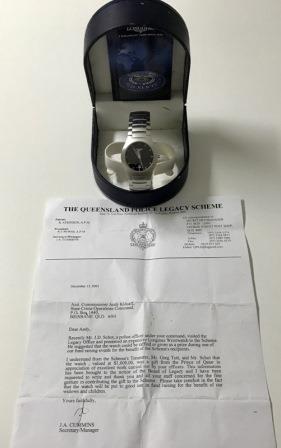 Matt was the highest bidder on the watch and is now the owner of a nice timepiece that comes with a great background story.  The significant sum that Matt provided for the watch will also be of great assistance to Queensland Police Legacy in providing programs and support to our Police Legacy families and children.  A big thank you Matt and 1iCT! 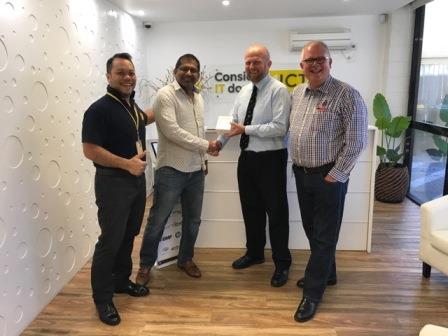